You know you’ve made it when a billion dollar company wants to trademark your logo. This striking logo will surely be seen on players all over the world in the coming years.

According to an ESPN.com report, Under Armour has filed three trademarks for what looks like it could be Spieth’s logo.

It appears Spieth’s on course form is now translating into a marketing boom for the sports company. At the start of this season UA re-negotiated a deal with Spieth that will see him signed until 2025.

Under Armour has certainly gotten its money’s worth so far this season, and the logo filings hint that Jordan Spieth-branded merchandise will be available soon (next year, according to ESPN). 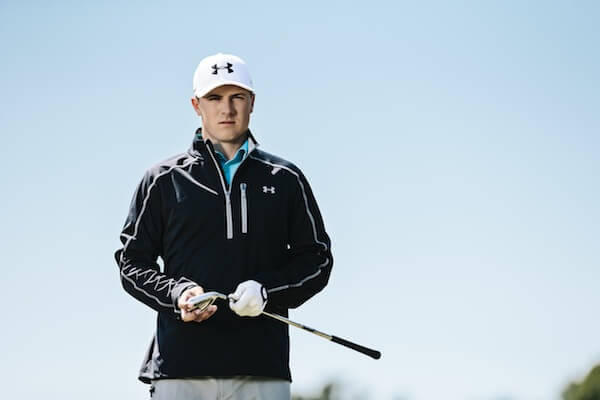 The ESPN Report also mentions, his logo would probably be used for the majority of UA’s Golf Apparel line. I am sure we are all looking forward to seeing Jordan decked out in his own gear.  They might as well embroider his logo on The Masters Green Jacket, while they’re at it!

So what do you think of the logo? Let us know and share it with your friends.