Merritt wins the Quicken Loans National in his 96th start on tour.

His final round 67 was enough to capture the event, finishing three shots clear of Rickie Fowler, the pre-tournament favourite. This is Merritt’s first win since his 2009 breakthrough on the Web.com tour.

Entering the final day, Merritt shared the lead with Kevin Chappell and was being pursued by the likes of Rickie Fowler and Bill Haas, much more accomplished contemporaries seemingly more accustomed to the pressure of closing out PGA Tour wins for seven-figure paychecks. That didn’t prove the case on Sunday, however, as Merritt, who turns 30 in October, carried himself like a player who was working his way through a Thursday opener. Merritt made two birdies in the final three holes to lock up the win, including a bonus 35-footer to end the tournament. 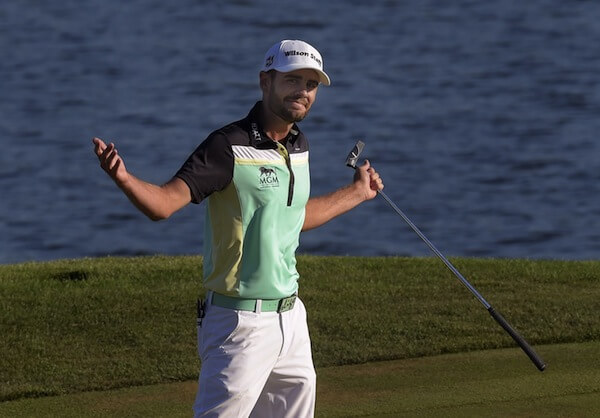 Tiger Woods, who fell out of contention following a Saturday 74, shot 3-under 68 on Sunday to finish in a tie for 18th place along with Chappell, whose Sunday 78 derailed his hopes for a first PGA Tour win.

The win gets Merritt into next week’s WGC-Bridgestone Invitational, the PGA Championship and next year’s Masters.