Seaside links to tree-lined classics, we bring you the World’s Top 10 Courses.

Breaking into the “Top 10” has once again proved a difficult task for any of the modern golf courses with all the old-school classics dominating the top spots yet again. From the picturesque, to the downright impossible, all these courses have their own distinct characteristics and they all own historic significance to the great game of golf.

So from Ireland to the British Isles and onto the United States we bring you the “Top 10 Golf Courses in the World”. 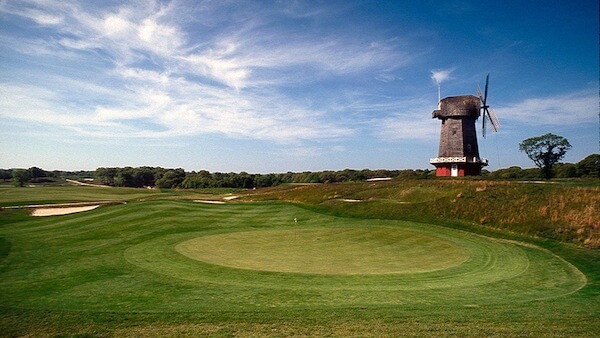 Venue for the 2013 Walker Cup Match, NGLA, or “National,” as it’s known, offers the greatest variety of strategic holes and greens in golf. There are blind shots, links-style holes that feature firm, fast-running fairways, forced carries and a remarkable mix of short and long holes. Pioneer American architect Charles Blair Macdonald admittedly crafted holes alongside Great Peconic Bay to mimic the greatest he had seen in his travels across Scotland and England, yet in many cases, his are better. The presence of a windmill next to the 16th green and the legendary lobster lunch adds to the ambience. 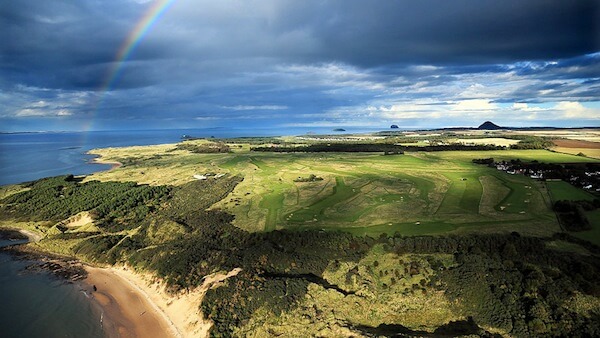 This 16-time Open Championship venue was never more testing or memorable than in 2013, when Phil Mickelson rode his 3-wood to victory. Its current course is a 1925 H.S. Colt creation that so impressed Jack Nicklaus in his 1966 win that he named his own major-worthy course in Ohio after it. Tom Weiskopf cites the primary appeal: “The continuous change in direction from hole to hole leads to different winds, great balance and maximum variety.” 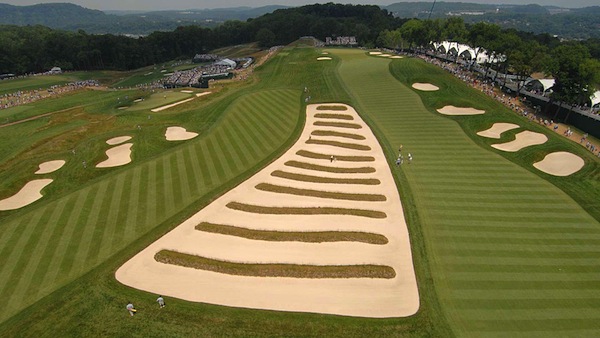 No course on earth plays so much viciously harder than it looks than Oakmont. No trees, no water, few forced carries and huge greens normally add up to a sea of red numbers for the game’s best, but not here. Not with the ferocity of these greens (which they actually slow down for U.S. Opens), a lethal combination of speed, contour and firmness, plus brutal rough and more than 200 bunkers. Gene Sarazen described Oakmont as possessing “all the charm of a sock to the head.” Echoed Johnny Miller, “It’s the most difficult test of golf in America.” And that’s coming from two guys who won majors here. 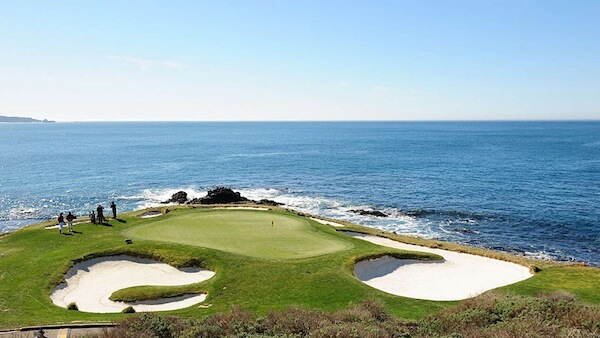 The first great American public seaside course, Pebble benefited from an ingenious Figure-8 design that brought the player right to ocean’s edge, then away into the woods, then back again. The pacing of the holes, the small greens and the heroic shots over the Pacific were revolutionary for their time. Even today, no more thrilling, spectacular stretch of holes exists anywhere than holes 7 through 10. And is there anything in golf that can compare with that final stroll up the par-5 18th as it curves to the left around Carmel Bay? 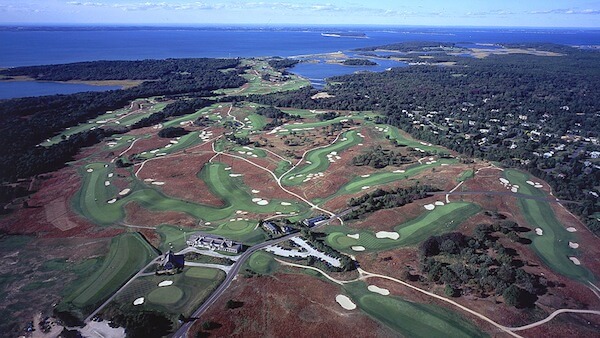 Venue for four U.S. Opens since 1986, with a fifth on the way in 2018, Shinnecock boasts a William Flynn design that combines parkland bunkering and greens with a seaside sensibility. Its location adjacent to Great Peconic Bay means wind is a near-constant factor and its fescue-framed fairways resemble a British links. Toss in a storied hilltop clubhouse and a remarkably varied routing among heaving undulations and you have what Johnny Miller calls, “Golf’s Holy Grail — a genius course.” 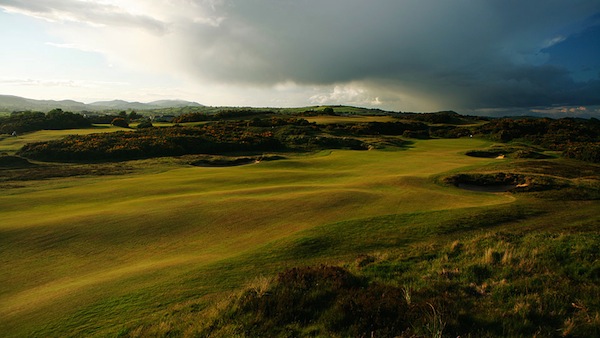 This 1889 Old Tom Morris creation is one of the most beautiful tests in the world, and one of the most brutal if the wind is up. Perhaps golf’s most fearsome looking bunkers — deep, with the fear factor amplified by the densely whiskered edges — populate the entire course. Golf’s best front nine boasts the 217-yard, par-3 4th, with its healthy, stunning carry over gorse bushes, and the blind par-4 9th that does offer other views, the Irish Sea, the Mountains of Mourne and the red brick steeple of the Slieve Donard Hotel among them. 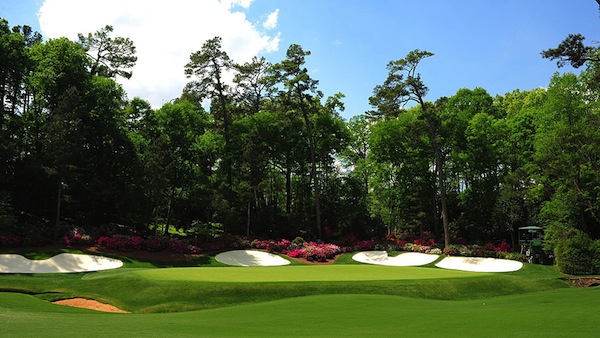 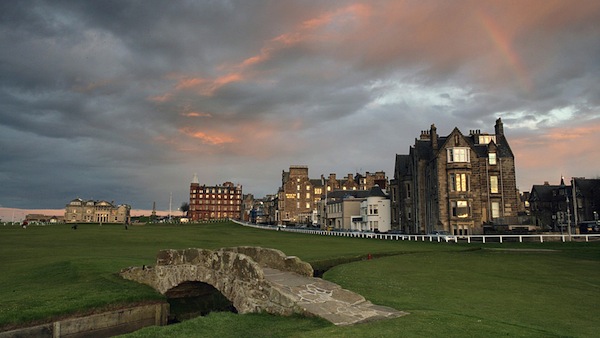 The birthplace of golf features multiple blind bunkers, huge double greens, quirks such as the Road Hole and Hell Bunker and strategic options that vary by the day. The emphasis on variety and strategy became foundations for all great designs in years to come, including Augusta National. 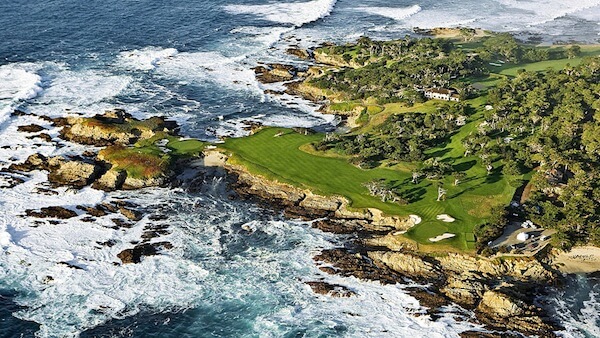 As Alister MacKenzie himself must have felt about his 1928 design, it’s almost inconceivable that land this stunning was made available for golf. For the lucky few who have access to super-exclusive Cypress, they’re privileged to enjoy the best walk in the sport. The trek to the 15th tee, amid wind, waves, deer, gnarled Cypress trees and near-isolation is spiritual. And the over-the-ocean, 231-yard, par-3 16th is golf’s ultimate heroic gut-check. 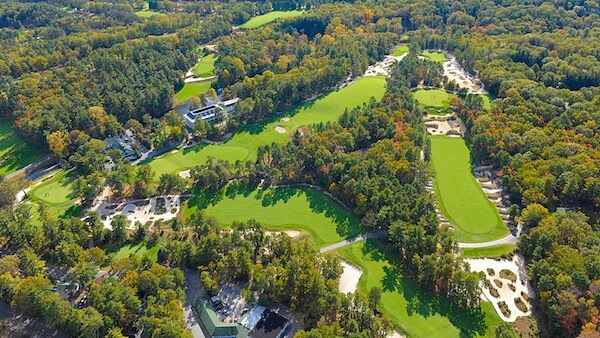 There’s no secret as to why Pine Valley has had a mortgage on the No. 1 ranking since 1985, as voted by GOLF Magazine. Architect Tom Doak once expressed, “Deep down, it’s still golf’s most awesome experience, a shining example of golf architecture in the raw so that even the color-blind can understand it. The course possesses more truly outstanding holes than any other I’ve seen.” Uniquely beautiful and brutal, 97-year-old Pine Valley serves up multiple forced carries on holes that hopscotch from one island of turf to the next. It’s an unforgettable gallop through trees, sand and scrub.