Tiger’s season is over after succumbing to ongoing back issues.

Just had successful back surgery. I’ve come back from injuries before and I will again. http://t.co/jZeL6By5EY

It appears Tiger woods had been struggling with back and hip issues for some time and after a regular check-up with his physician it was revealed that he had aggravated his previous spinal injury. On Friday, Tiger announced on his website that he underwent “a successful back surgery.” The microdiscectomy was performed on Wednesday in Park City, Utah, by neurosurgeon Dr. Charles Rich.

“With the upcoming offseason, the decision was made to remove a small disc fragment that was pinching his nerve,” Dr. Rich said. “The microsurgery was a complete success, and he was discharged Thursday night.” 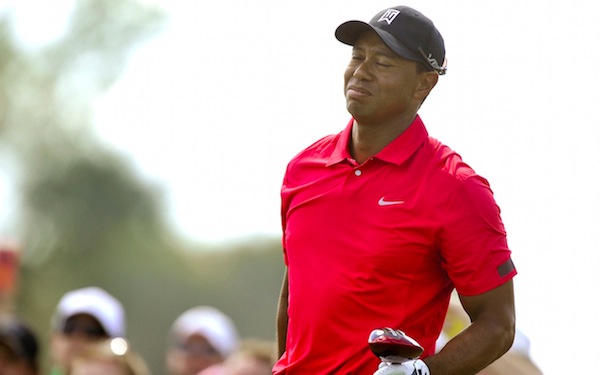 Tiger had committed to competing in some upcoming events, the Frys.com Open and the America’s Golf Cup both in October, and then complete the year with his event, the Hero World Challenge in December. Due to his surgery and subsequent recovery he will no longer be competing in these tournaments.

“I’d like to send my regrets to Frys and all those associated with the America’s Golf Cup,” Woods said. “Those were two events I was really looking forward to playing. I was ready to start the 2015-16 PGA TOUR season at Frys, and I was excited to join my good friend Matt [Kuchar] in Mexico City.

“I will be attending my foundation-hosted Hero World Challenge but won’t be able to play. I appreciate everything that Hero does for the Tiger Woods Foundation, and I have a great personal relationship with Mr. Munjal [vice chairman and CEO of Hero MotoCorp]. I look forward to being there to support my event.”

With the luckless Tiger Woods sending his Health Insurance policy into over-drive, the question now looms, can he ever re-gain the form that had many calling him the greatest player of all time? Tournaments just don’t seem the same when Tiger isn’t playing, and although we have an exciting group of young players at the moment, a fit and firing Tiger is still an awesome site on the golf course.