Jason Day records first major win with a record score of 20 under par at the US PGA Championship.

An emotional Jason Day wiped back tears as he stood over his final putt at Whistling Straits. Finally realizing his dream of capturing his first major championship. A final round 67 was enough to claim the title by 3 from his nearest competitor and final round playing partner, Jordan Spieth.

Spieth’s runner-up finish means he is now the number 1 player in the world. One of the first to congratulate both Jason and Jordan on their incredible finishes was the previous number 1, Rory McIlroy.

2 inevitable things happened today, @JDayGolf winning a major and @JordanSpieth getting to 1 in the world! Congrats guys!! Inspiring stuff!

From nearly man to major champion

Day had previously recorded nine top-10 finishes in the majors, six of them in the top four, but held his nerve superbly to finally get his hands on one of golf’s leading trophies.

His final score of 20 under par broke Tiger Wood’s major record of 19 under at the 2000 Open Championship.

The Queenslander began the final day with a two-stroke lead and made four birdies before the first blip came at the eighth hole.

Despite the ominous presence of Spieth alongside him in the final group, Day recovered from a desperate mishit on the ninth to pick up further birdies on the 11th and 14th.

He then responded immediately to a dropped shot at 15 with his seventh birdie of the day, and played the treacherous closing two holes superbly.

“I didn’t expect I was going to cry,” said Day. “A lot of emotion has come out just because I’ve been close so many times and fallen short.

“Overall I’m just really pleased with how I played. I couldn’t ask for anything better.” 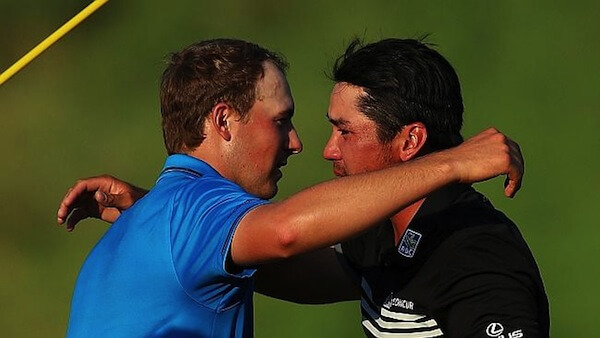 Spieth second, but on to of the world

Spieth might have come agonizingly close to becoming the first man to win all three American majors in the same year, but he had plenty to smile about.

With McIlroy back in 17th place, Spieth had done enough to replace the defending PGA champion at the top of the new world rankings.

“It’s as good a consolation prize as I’ve ever had,” said Spieth, whose major finishes this year read first, first, fourth and second.

“It was not easy to dethrone Rory and it’s going to be even harder to try and stay on top.” 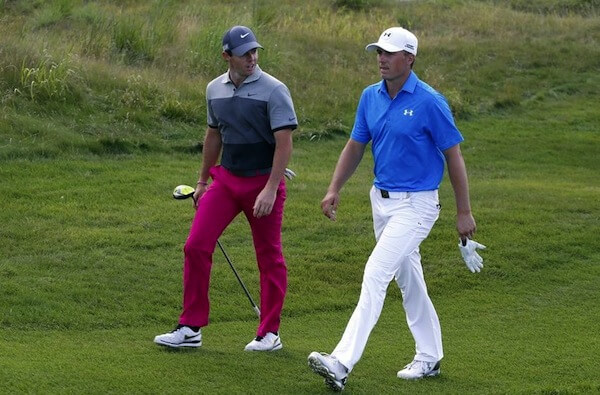 McIlroy, who had not played since the US Open in June after rupturing an ankle ligament playing football with friends, said Spieth was a worthy number one.

“Honestly, the way Jordan has been playing and the way I haven’t played much this year – I think that was only my 12th or 13th event – it’s very deservedly so,” said McIlroy.

“I’d be the first one to congratulate him because I know the golf you have to play to get to that spot, and it has been impressive this year.”